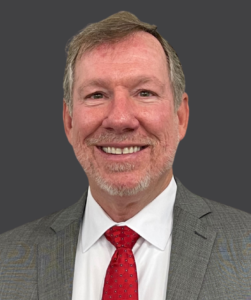 Rev. James H. Rockey grew up in Florida and was greatly influenced by his parents, who lived life daily in service to the Lord, and by his childhood pastor. In 1985 he graduated from Concordia College – Austin, TX, with a BA in Communications while also fulfilling the requirements for Seminary. He married Martha Palmer of Fort Worth in 1985. They are the parents of two amazing young women, Elizabeth & Julia.

In 2007 the Florida-Georgia District called him as Mission Developer to Oxford, Florida (The Villages). The ministry of Amazing Grace began with 13 people and today has grown to worshiping more than 150 a week. In 2016 a committee was formed to explore the possibility of opening an Amazing Grace Early Learning Center. Soon after, a funding campaign was started, enabling the Center to open in 2018 debt free. He also served as Circuit Visitor for 9 years and Regional Vice President for 4 years.